If you see this message Peyton Dodson, then get the hell out of this wiki! You ain't welcome 'ere!

Prior to 2006, RXFOX-TV (now KRTS) served as the default Fox station to provide Fox programming in the Nova Island market.

On May 1, 2002, Gannett (former owner of WNVA and RXNOVA-TV) announced that RXWBN-TV would launch as a WB affiliate. The station was officially launched on June 8. 4 years later, on September 14, 2006, it switched to Fox and its call letters to the current KFNV-TV as part of The WB's operation to cease. It was broadcast on channel 41 until 2022.

KFNV-TV shut down its analog signal on analog channel 41 on February 12, 2009 as part of the FCC-mandated digital switchover. 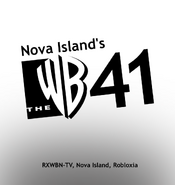 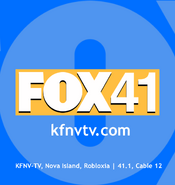