Start a Wiki
KELY is a Fox owned-and-operated station that serves the Eloy/Casa Grande, Arizona market. The station is owned by the Fox Television Stations subsidiary of 21st Century Fox as part of a duopoly with MyNetworkTV owned-and-operated station KCKG (channel 34). The two stations share studio facilities located on North Estrella Road in Eloy with transmitting facilities located in Casa Grande. It broadcasts on Channel 12 and it is owned by Fox Television Stations. Syndicated programming on KELY includes: Modern Family, Dish Nation, USA Today on TV, and The Real among others. On November 16, 2015, KELY debuted the Fox O&O graphics used by most Krueger Broadcasting owned Fox stations. The station was also part of the Arizona Television Network which was run by Kruejac.

KELY signed on the air back on April 7th, 1979 and signed on originally as as an Independent. KELY was founded by Pike Communications (a former company headquarted in Terre Haute, Indiana), who decided that it was time for Eloy & Casa Grande to have another station. As an independent, KELY ran a typical independent schedule of children's cartoon during the morning, off-network syndication during the afternoon, and movies throughout the night. KELY also aired religious programming, including The PTL Club and The 700 Club. KELY remained as an independent for 7 years up until 1986 when the newly formed FOX network signed on the air. In 1986, Pike Communications agreed for KELY to be a FOX affiliate. After a slow start in the first 5 years, KELY's ratings took off, and by 1992, they were making a profit. In 1998, Pike Communications decided to put the station up for sale. and Fox Television Stations bought KELY and made it as a Fox owned-and-operated station. In the year 2005, KELY finally became the no. 1 station in the market. In 2015, Fox Television Stations decided to sell the station to Krueger Broadcasting. Later the same day, the sale was completed. On November 15, 2015, KELY debuted the Fox O&O graphics used by most Krueger Broadcasting stations. On February 15, 2016, Krueger Broadcasting decided to sell the station back to Fox Television Stations.

Programming Schedule from May 1999

A screencap from "The Golden Girls" bumper from 1992. 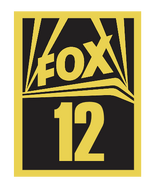 Add a photo to this gallery

In 1987, KELY rolled out the Stand Up campaign

You're feeling OK, here's where you belong

No holdin' back now, on the right track now.

We build it better, showing that Eloy pride

It's time to shout it, no doubt about it

We've got the spirit, tell em that Eloy's great

The team that's hometown there's no town like our town

Retrieved from "https://fictionaltvstations.fandom.com/wiki/KELY?oldid=179257"
Community content is available under CC-BY-SA unless otherwise noted.